I decided to start JustVape when I moved to a vape kit in January and finally beat the awful habit of smoking tobacco. I had tried e cigs before but they never cut the mustard for me and I kept reverting back to cigarettes. Then I came across a much better delivery system – the atomizer tanks.

I bought a mini nova tank and an ego 1100mah battery (one that lasts more than half a day!) and some e liquid. That was it! I made a decision to give it my best shot and not go back to cigarettes at the first hurdle. To be honest I only had a couple of minor cravings in the first 2 days whilst I got used to the vaping. Because the new vaping devices are so good, I felt satisfied and did not feel the urge to go back to tobacco.

Apparently tobacco contains almost 4000 chemicals, some of which include carbon monoxide, nitrogen oxides, hydrogen cyanides and ammonia. 69 of those chemicals are known to cause cancer. 43 known carcinogens are in mainstream smoke, passive smoke or both. It’s chilling to think about not only how smokers poison themselves, but what others are exposed to by breathing in the secondhand smoke.

Vaping involves vaporizing a couple of ingredients into an aerosol mist – like steam. The main ingredients are propylene glycol and vegetable glycerin and of course nicotine and some flavourings. Personally I feel that it is a no brainer that this will cause less damage to me than tobacco! However, there are many critics out there. I am not stating that e cigs are safe, just that they are much safer than smoking!

One of the main causes of concern is that vaping could lead people who have not smoked before to try smoking, like a gateway drug. Personally I do not feel that people should take up vaping from scratch, I feel that it should only be used as a safer alternative to smoking. I would never knowingly sell to people who could abuse this wonderful invention!

We have chosen to stock the new Kanger Protank 2 system. The Protank 2 is an atomizer / clearomizer that is one of the best vaping bits of kit available!

5 Responses to “About Us”

New Flavours from the USA 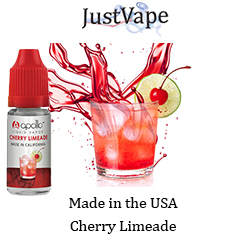 Our best flavours ever!